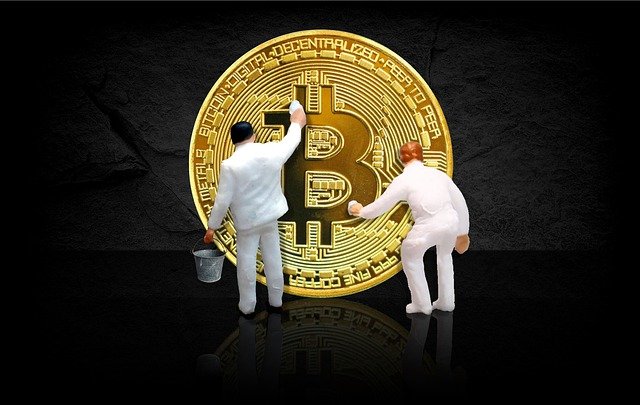 The Bitcoin network required a process known as mining for Bitcoin to be obtained. The process generally involves validating transactions by solving complex mathematical puzzles. The result of this process is the reward that is given to the miners. However, before the miners can be given this reward, they must prove that they used some specific resources in solving the math problems accompanied by the validation process. This is generally a measure of the time and energy required to run the computing power used in solving the puzzles. It is only logical to expect that faster computers will be able to yield greater rewards. However, it is imperative that these larger computers are making use of a specific type of hardware. Due to incredible advancements in the world of technology, new computer chips are constantly being made to make the process all the more efficient.

The word ’mining’ used here is not in its traditional sense. Here it relates to how Bitcoin in its original form is earned. After solving the equations to validate the transaction being carried out by trading parties, like on Bitcoin System, it is then added to a block. The blocks are then filled and joined together such that it creates a chain of blocks filled with transactions. Certain transactions involve large amounts of money, these require a greater number of confirmations and validations for security protocol’s sake. Just like in the traditional sense of the word, mining is naturally physical but the physical work done is equivalent to the computing work done to obtain Bitcoin.

The principle of halving states that after every 210,000 blocks have been mined, on average, this takes for years. When this happens, the reward earned by the miners is cut in half. This principle essentially halves the rate at which Bitcoin is being integrated and circulated into society. It is a form of currency inflation control that cuts every four years until the last Bitcoin is mined. This process of halving will continue until around 2130, which is when Bitcoin is close to being completely mined. After this occurs, Bitcoin miners will no longer get their mining reward. However, they will still be entitled to transaction fees that apply to each transaction. The downside is that these fees will constantly experience a decline due to the competition.

Halving is an important part of the network because it signifies a reduction in the overall supply of Bitcoin. When Bitcoin was created, its total supply available was 21 million. Over the years several thousands of mining operations have been undertaken, reducing the supply. As of May, 2021the supply had reduced by well over 18 million, leaving less than 3 million Bitcoin in reserve.

Based on the past trends and how the halving process has positively affected the prices of Bitcoin, it is obvious that halving is a necessary tool in preserving the value of Bitcoin.