Blockchain Investment Fund and the Latest of Cryptocurrency 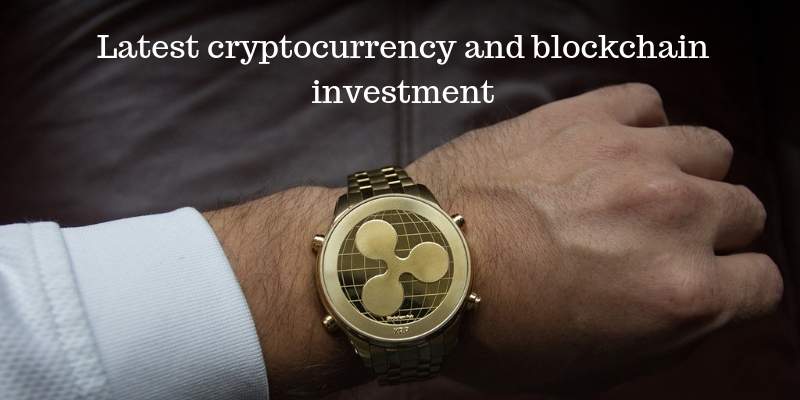 Bitcoin and digital currency in general grabbed headlines in recent years after a sudden surge in value. The future of money and finance has notably changed, and with it, a significant change in the flow of investment. Just August of last year, yet another blockchain investment fund was launched in South Korea worth 10 million dollars. This news is just part of a trend that started from when inventors finally took notice of the potential of digital currency when Bitcoin exploded. In fact, the whole of 2017 saw the launch of over a hundred crypto funds and 2018 is expected to finish strong with another 150 new launches.

Digital funds and assets come in varieties. These funds are simply tools to raise enough capital for investors to get into the mix of crypto-asset trading. Crypto assets are not just cryptocurrencies, but an asset that is blockchain-based. These include digital tokens which are assets backed by any form of assets, be it digital, non-digital or even other digital token or coins.

As of the time of this writing, the entirety of the blockchain investment fund market amounts to over 10 billion dollars spread across close to 500 different funds. This excludes investment trusts that would add an additional 2 billion dollars. Most of these funds have over 100 million dollars in total assets. And the largest of which – Polychain Capital, headed by Olaf Carson-Wee declared a total worth of 1 billion dollars.

The flying growth of these funds is backed by well-established investors. Famed investors, like Sequoia Capital, have massively contributed to the swelling of these funds from the early onset. Pensions and other government-backed funds, as well are partly responsible. And even peculiar sources, like universities looking to expand on its government given budget.

USA is still the hotbed of these funds. It is said that half of all the funds are located in either the state of California and New York. Other preferred locations are Hong Kong and Singapore in Asia and Zurich and London in Europe. Also, hosting a significant amount are US cities, Chicago and San Francisco. All of these places have developed communal maturity in terms of general fund investment.

Blockchain investment fund has generally been exclusively owned by private entities. The recent trend, however, showed a rising interest from the public sector. This is no truer than the in Chinese government where a heavy investment of blockchain-based technology is used to hedge an already booming economy. As much as 40% of the total Chinese crypto-market is government owned.

Blockchain investment funds can be divided into several categories based on what assets hedge these funds. These are

1) Loans – backed by loans, these funds derive value from payments of interests incurred
2) Other cryptocurrencies – derived from other blockchain-based currencies, most famous of which is the Bitcoin
3) Crypto-services – services meant to maximize other block-chain based assets
4) Bundles – usually in tokens, these are assets that lure investors in taking advantage of assets that come cheaper at

February 2018, Polychain Capital became the first billion-dollar blockchain investment fund per the SEC. At the forefront of the crypto game, Polychain attracted corporate stalwarts like Andreessen Horowitz, as well as exploring future growth by investing in up and coming block-chain technologies.

The billion dollar figure is made of digital assets, company capital, and hard cash from trusting investors. The founder Carlson-Lee mentioned earlier, envisions a bright future for the block-chain and its digital derivatives. In fact, as a testament to his fervor, he spent the last three years spending the only bitcoin.

Not dissimilar to the ultra-rich contemporary visionaries of our time, Carlson-Lee is no stranger to the intricacies of the computing world. This is in no small part to his experience as part of the California-based cryptocurrency platform Coinbase.

Hedge-funds are believed to have a coherent well-established scientific method in optimizing funds. In part, this is definitely true. But, to Carlson-Lee, it’s slightly different. Technology, in its essence, is a living breathing thing. In that, it will give off the most unexpected outcomes at the least expected situations. And thus, the best way to invest in technology is through instinct. This has been Carlson-Lee’s thinking.

Blockchain companies like Polychain, are basically the firsts of its kind. As with the PC and Apple, it was ahead of its time and its creators were valued for a unique skill set. This made it easy for the company to grow at an exponential rate. Rightly so, investors saw a brewing potential from the group and trusted them with their investments.

Still, relatively a small fish in a vast ocean, Polychain vows to swim with the whales. And the whale they’re taking on right now is Amazon. The giant platform who started from selling books is going to get their hands full. To stand before this giant, Polychain aims to launch Dfinity. Faithful to the block-chain principle, Definity is a decentralized Cloud service dubbed Cloud 3.0. And backing it, is a swarm of programmers, from anywhere in the world, aiming to get a piece of the pie. This is made possible by creating “Smart contracts” and “Web Assembly” languages to let programmer of all pedigrees and programming languages join in.

But at its core, Polychain is still a group of highly knowledgeable individuals who have known the ins and outs of the block-chain technologies for many years. Carlson-Lee adamantly refuses to take all the credit and exclaims that he simply is the chief investment officer.

Recently bitcoin has shown a dip in the industry, but Carlson-Lee sees nothing wrong with it. Relatively speaking, block-chain is still the fastest growing technology in the last few years. Even with the decline in value, block-chain mainstays Bitcoin and Ethereum transactions have grown more and more each day. This is a good indication that the industry is here to stay and continue to grow. And realistically, in the near or far future, become not just a quirky new fad but the societal norm.