Are You Getting Enough From Your Pension ? 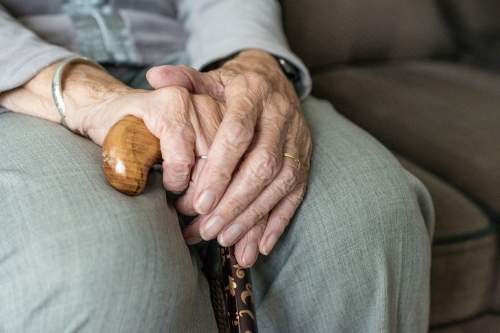 Mis-selling of pensions has occurred and is still occurring at this very moment as we speak and many people especially people who save for their retirement can luckily get compensation from the pension introducer who could be either advisers or insurers. Hence mis-sold pensions are an everyday occurrence. Mis-sold pensions are usually a result of being given advice that was not suitable for you or the information is given to you was not enough for you to make a good decision as the risks weren’t explained to you in a comprehensible way and this leads to you not getting the right amount of money you anticipated.

Examples of mis-sold pensions are SIPP, SSAS, FSAVC, and QROP. SIPP in full stands for a self-invested personal pension. This type of mis-sold pension is usually meant for structures that charge highly, are investments that have high risks, aren’t performing well and are illiquid. What are you required in this scheme is making an agreement with the person who is providing the pension. One does not need their employer in making this agreement. It has been found out this is the most mis- sold pension scheme as the pension introducer usually does not explain to the people seeking pensions that there are alternatives underneath this.

SSAS in full is a small self-administered scheme. It is a bit similar to SIPP in the sense that it was designed for the investments which are highly risky, have high charges, and are underperforming and illiquid. However, SSAS a mis-sold pension was set up for the person seeking a pension that makes them avoid the stringent regulations put up by entities that are usually unregulated. These entities include sales agents.

It is important to remember that one can easily get compensation as when you decide to get claims advice they would tell you that all you need is to provide evidence that is sufficient enough to show that the financial adviser gave them advice that was not suitable to make a conclusive decision. You can get claims advice from professionals who know how to handle it.

Another type of mis-sold pension is QROP this in full is qualified recognized overseas pension which as the name suggests is a pension scheme that is overseas. It has abided with a few of HMRC requirements. This scheme was designed for those people who intend to live overseas after they have retired. This usually ends up by QROP being mis-sold and they are usually promised a cash advance after they make a pension transfer which consequently leads to an income tax charge which is 55%.

Many people usually want to transfer out of a defined benefit pension scheme and what usually means is that they want to give up the benefits that they get from the scheme in exchange for the value of cash which will be invested in another scheme. What defined benefit usually means is that the scheme is related to salary. Final salary pension also known as defined benefit pension is usually profitable as they don’t require the person to save by themselves and offer a guarantee that they will get the money they got while they were earning a salary and it is given by the employer.

Annuity is usually bought for the sole purpose of retirement. What this means is that the person who owns a pension sells this to a firm that specializes in annuity to get income that is guaranteed until they die. Cases of mis-sold annuity happen when the pensioner has been sold to a product that is inappropriate. One usually checks if their health was taken into account and in most instances mis-sold annuity comes in when that wasn’t keyed in. Annuity claims are made for the purpose of getting compensation especially if they were given misguided information and they are getting less money than they should have. In most cases, those people who end up making annuity claims are usually paid back their money.