How Much Do Moving Companies Cost? Find Out Here 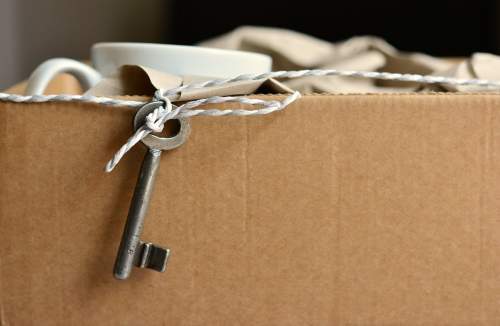 Also, the exact services you need are relevant. If you want packing services, moving services, and storage services, then you’ll probably pay more than if you only needed your belongings transported from one place to another. However, many moving companies have discounts to take advantage of, which means you can save money on specific services.

The size of your property is important, and the area of space that the movers will be working in is too. For example, if you have a very large house and everything needs to be moved from it, then you’ll pay quite a bit. However, if you had a small office with only a single room, then you won’t pay as much as you would if you had a larger property with a lot of space.

What you need the movers to move will play a huge factor in price. If you have all sorts of items that the company will move, such as large pieces of furniture, tools in the garage, specialty items such as a piano, and things of that nature, then you’ll be charged quite a bit. If you only have a few pieces of belongings, then the company probably won’t cost much.

When you contact a moving company, they’ll ask you a few questions. Some of these questions will be in regards to what needs to be moved. Then they’ll let you know if they can handle such items or if you’re better off calling another company.

Also, if your move requires your items to go across state lines, then this can add to your overall cost. The same goes if you plan on moving across the country. Not all companies charge the same rates for interstate moves or long haul moves.

Where you live might factor into the price. For example, if you live in a major city, then a moving company may charge a bit more, or they may cost less if there is a lot of competition in the area. Generally speaking, moving companies that operate in larger and more populated cities may cost a bit more than companies that serve smaller towns. This isn’t always the case, though, which is another reason why requesting a quote from multiple moving companies is a must.

6. Difficulty Of The Move

How difficult the move is may play the most significant role in movers quote. If you have many difficult and heavy items that need to be moved and your property is unique, such as featuring many narrow hallways and staircases, then you’ll probably pay a bit more. In general, a moving company will go to your property and evaluate the difficulty of the job before they give you a quote.

Finally, the company itself will play a significant role because the more reputable a company is, the more they may charge. For example, if a moving company is a national company that has completed many moves and a lot of people know who they are, then they probably charge a lot. However, what they charge will likely be worth it because they have built up a reputation, and this means their customers trust them.

Also, the equipment they use can play a role in how much a company costs. If they use high quality and modern moving equipment, such as the latest tech in the moving industry, equipment that makes their job much easier and moving vehicles that are new, then they may charge more for their services. What you can do is read a few reviews of a moving company, as this will give you an idea if what they charge is worth it.

Those are only a few things that factor into how much moving companies charge their customers. The truth is it can be very cheap and only cost a few hundred dollars, or it can cost thousands if the move is difficult. All you have to do is get in touch with a moving company to get movers quotes. Then you can decide if you want to use that company, or not.