Complete Guide To Understand Bitcoin and How Bitcoins Work 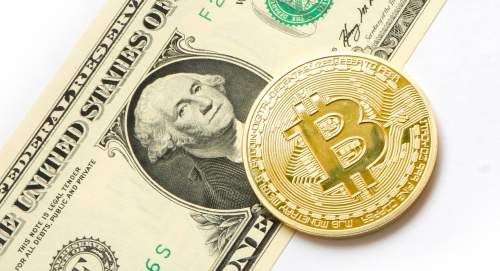 Most people want to know about bitcoins and how this works, but often they get confused about how to understand the process. To solve this problem of most eligible investors, we are providing a comprehensive guide that can help you understand all about bitcoins.

So, let the journey of understanding bitcoins begin!

Most people don’t understand what the bitcoin system is, and is it important to know about this system?

Yes, you need to have a basic understanding of the system before you begin your trading journey. Bitcoin is a type of cryptocurrency or digital currency that is completely virtual. You can call it an online version of cash. Although you can use it to purchase goods and services, not all shops and suppliers accept bitcoins. While some countries have banned this system, it is predicted that in the near future, bitcoins will dominate the traditional currency in the market. Thus, people look for trading in bitcoins as they are optimistic that in the future, they will dominate the market by having large proportions of bitcoins.

How does bitcoin work?

The bitcoins are digital computer files that are stored in wallets. Yeah, not the traditional wallets you have in your pocket, it is stored in an app or website that you use for trading. Every single transaction in bitcoins is stored in a public list that is called by the name blockchain. The blockchain technology enables people to trace the history of bitcoin in a better way.

How can people get bitcoins?

There are three ways to get bitcoins.

How can you create new bitcoins?

You need to set up powerful computers to create new bitcoins. This process of creating new bitcoins is called mining. If you start your bitcoin mining process today, it may take years to generate one bitcoin. You may even have to pay more amount as the electricity for your computer than the number of bitcoins you create.

Why are bitcoins valuable

There are many items that are much more valuable than money. Some of these products include diamond and gold. Bitcoins are another item that has become popular and valuable as people are willing to exchange these items for goods, services, and even cash. Thus, since the supply of bitcoins is very low and the demand is high, it is becoming much more valuable.

Since every transaction of the bitcoin is recorded publicly, it is difficult to copy the bitcoin, and unlike paper money, you can’t create a fake bitcoin. In this manner, bitcoin is pretty safe. But it is quite possible to lose your bitcoin wallet and bitcoin inside it if you don’t pay enough attention. There have been cases of theft from websites. Thus, you need to use a trusted website. The answer to whether bitcoin is safe or not entirely depends on how you use it. The value of bitcoin had moved up and down several times before it was invented in 2009, and until it becomes 100% legal, you can’t be sure about the safety of this digital currency.

The future of bitcoin

With the invention of different technology, the world is getting closer, and it is truly becoming a global village. Thus, bitcoin has the ability to become a pan-global currency that can be used throughout the world. This currency won’t require any government intervention or the law of the land to be used. Thus, the mining of cryptocurrency will continue facing resistance from governments and agencies all around the globe until it becomes legal all over the globe. One of the biggest disadvantages associated with bitcoins is that it can be generated anonymously, and thus, it may be used for unwanted activities like terrorism and other ill-activities in society.

Bitcoin is garnering interest from all over the world, and people from all over the world are spending millions of dollars in bitcoin trading. Certainly, bitcoin and other related technology like blockchain have a future in the coming years. But until the government around the globe resists, nothing can be sure. But, if you are optimistic enough, it’s time to invest in these digital currencies, which can soon become a pan-global currency.