Is Bitcoin a Truly Anonymous Cryptocurrency? 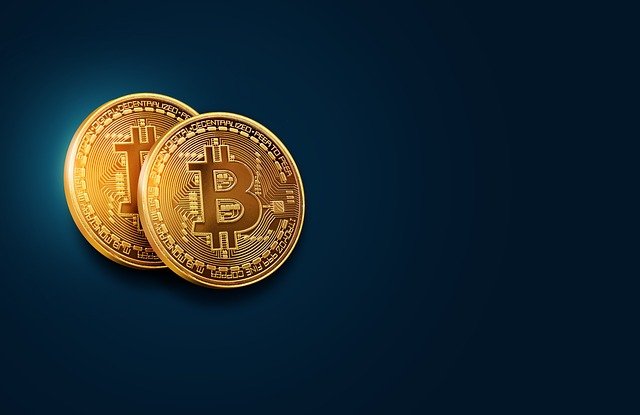 With the dollar losing its value on a daily basis and hyperinflation eating away at the fiat currency even more, many investors are flocking to decentralized cryptocurrencies like Bitcoin (BTC) and Ethereum (ETH). Said to be a hedge against spiking inflation, BTC can nonetheless be volatile, with price swings up to 50 percent in a single day. But overall, BTC is poised to hit $100,000 per coin over the course of the next year and perhaps even $1 million per coin within five to ten years, or so the financial experts agree.

While politicians like Massachusetts’ Liz Warren, who receives huge donations from the traditional banking industry, are doing their best to stop the decentralized crypto in its tracks, BTC is not only said to be here to stay, entire countries like El Salvador have adopted it as a native currency.

Keep in mind, however, if you owned and traded BTC in 2021 and/or over the course of the past ten years of its short existence, the IRS wants to know about it. After all, it wants its slice of the digital profits pie. If, for any reason, you failed to disclose your profits in previous years and the IRS has notified you about an impending audit from their collections division, don’t attempt to go it alone.

You should instead, hire a reputable tax resolution company. Not only can a tax resolution company assist you with the audit, but there’s a good chance that the IRS statute of limitations on collections has run out. In that case, your audit will be canceled, and your peace of mind restored.

But going forward, it’s best to keep ongoing records of all your crypto trades. Special software can do this for you since all BTC trades and transactions are documented on the blockchain. But then, this brings up another important point about BTC and other cryptos. While some people seek it out because of its decentralized nature, is it also anonymous? The answer might surprise you.

According to a new report, $3.6 billion in BTC was recently seized from a couple residing in Manhattan who were indicted on money laundering charges in connection with 2016 Bitfinex hack. It is said to be the largest asset seizure in the Justice Department’s long history.

Law enforcement pulled out all the stops when it came to tracing the stolen funds. This included tracking the illicit BTC via a “complicated web” of financial transactions that spanned several overseas countries and cities including Hong Kong. Altogether the investigation took six years but the law enforcement officials finally nailed their target.

From its inception, BTC and most other cryptos have been synonymous with privacy and even anonymity. The very “notion of invisibility” with BTC technology was said to have been highlighted in its 2008 white paper which introduced the blockchain to the world.

Since crypto is engineered to provide peer-to-peer or direct transactions over the internet, only two parties are involved. No governments, banks, or intermediaries are required. That said, how then was law enforcement able to trace a $3.6 billion BTC heist if the crypto is supposed to be anonymous?

In other words, the myth of BTC being the perfect money laundering tool is simply not true. Traditional cold hard cash is still the optimum means of laundering. Full stop.

Now that BTC has caught the attention of retail and mainstream investors, the ides of private transactions is said to have become “more precarious.” Say the experts, if the financial activity can be traced via the blockchain, BTC is not so much anonymous but instead, pseudonymous.

Says Babson College professor, Dr. Steven Gordon, Bitcoin is, in fact, not anonymous. It can be traced along the blockchain as evidenced not only in the $3.6 billion Manhattan bust but also in the recent Colonial Pipeline hack. In both instances, authorities were able to recoup the illicit proceeds from the attackers.

What this means is, while crypto can provide a certain level of anonymity, it is not 100 percent anonymous.

When it comes to tracing illicit crypto transactions, federal law enforcement is using sophisticated tools that allow them to trace crypto payments and trades. Their ability to scour the blockchain eliminates BTC’s anonymous nature.

Besides the increase in law enforcement resources which are dedicated to stopping illicit crypto traffic, there is said to be another, less complicated reason why crypto transactions aren’t altogether anonymous for everyday Americans. It all comes back down to the blockchain.

With all crypto transactions being recorded on the blockchain, the digital financial system is considered more or less, public. However, the crypto trades are not linked to any one identity, and this in itself provides at least some anonymity for users.